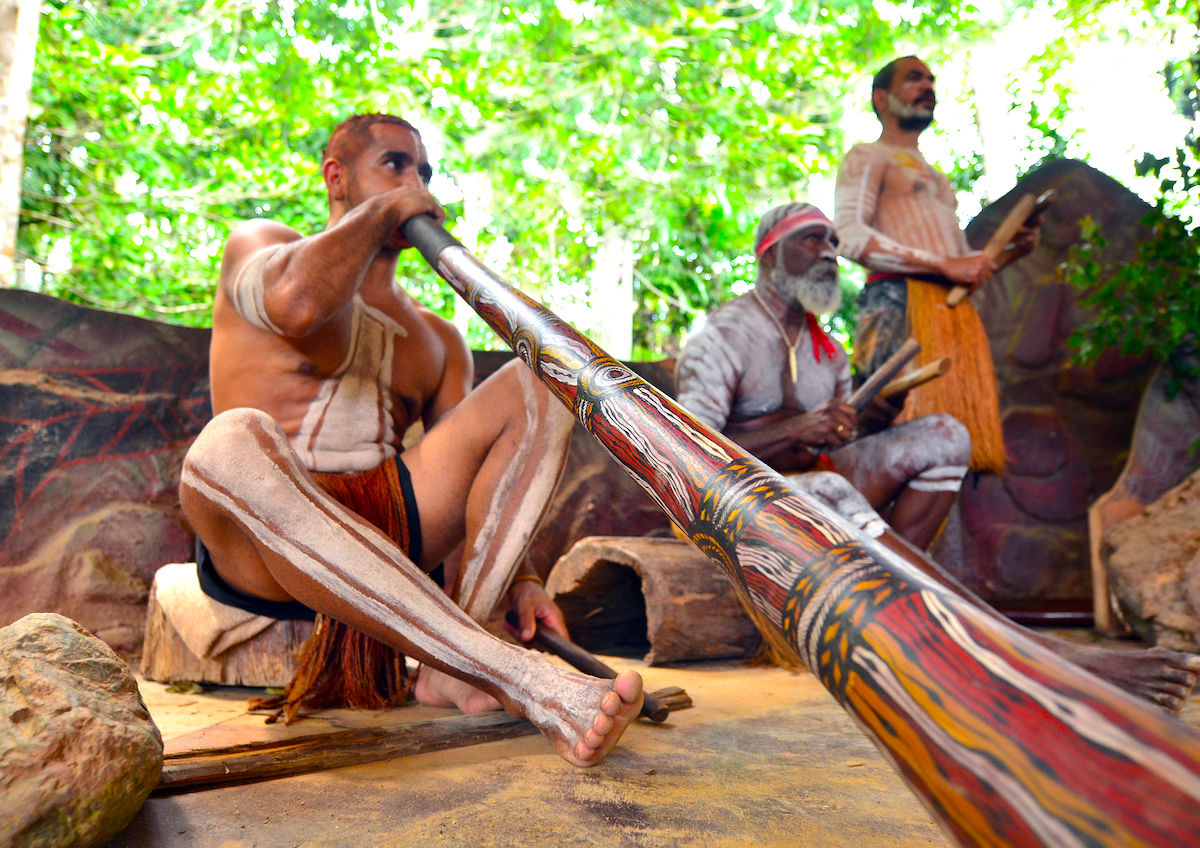 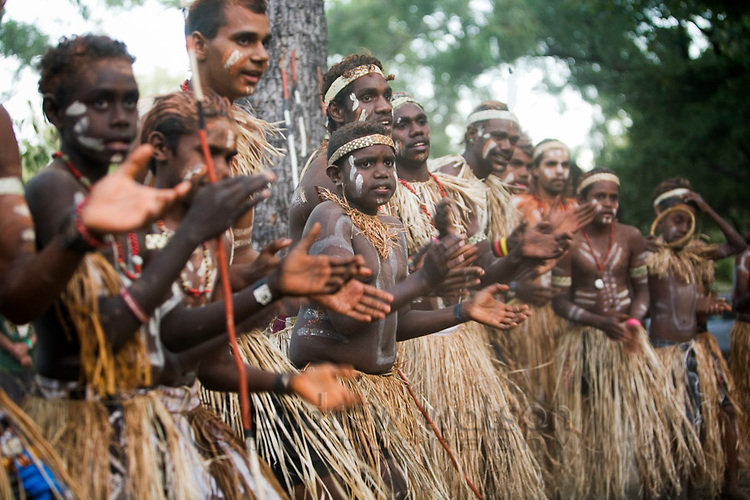 To say that the history of Australia has been idyllic would be a significant overstatement. Sure, many Europeans enjoyed a good life that they could not afford in the Old World, but the story was much different for those indigenous to this island.

The Aboriginal people went through horrific things in the name of colonization and suffered the destruction of their cultures, languages, and ways of life. All of it just because they were born with the “wrong” skin color. Visit https://australianstogether.org.au/discover/australian-history/a-white-australia for more details. You will be shocked by all the things these innocent people were forced to survive.

Although often painted in an unfavorable light and depicted by colonizers as violent, uncivilized, and miserable, all of the opposite rang true for Australia’s indigenous tribes. The infamous explorer James Cook theorized that the Aborigines were far happier than Europeans, something which another officer from the first settlements was due to their good nature and good humor.

Early historians also noted that they also had a relatively high material standard of living than their European counterparts. This led to the observation that the indigenous people tended to enjoy life more than any “civilized” men and keep their suffering at a minimum.

The tragedy of colonialism

Unfortunately, that bliss did not last long. Disease such as smallpox, influenza, and measles ravaged the Aboriginal people, decreasing their population by a staggering 60 percent. Considering they had never encountered these illnesses before, their immune systems were not prepared to fight them off, which in most cases ended fatally.

While the cause of the outbreaks has not been confirmed, many historians believe that it was a warfare tactic by the British army to damage the strength of the indigenous peoples’ uprisings. Some sources claim that they did it deliberately due to a lack of ammunition when expanding their settlements. Read more about it here.

Despite the initially friendly relations of the natives with the colonizers, such as the Aboriginals Bennelong and Bungaree, who visited Britain, there were still many violent clashes. Members of other tribes like Pemulwuy and Windradyne refused to accept the British on their land and resisted them fiercely.

Sadly, the battles between the settlers and the Aboriginal people are many and close between. The conflict was not helped by the colonizers’ belief, who thought they had a right to the land, which they considered unproductive, because they wanted to introduce industry and agriculture. The fate of the natives also seemed sealed by the British since they were convinced that it was natural law for people of darker races to disappear.

By the end of the 20th century, no tribes were left uncontacted by outsiders, and a vicious campaign to assimilate them into modern Australian society was in process. This came at the cost of Aboriginal art, music, and culture; much of it lost forever. A particularly great casualty of what can only be considered a genocide was Aboriginal history transmitted orally from one generation to another. However, without the language and the freedom to do it, valuable stories were lost to colonization. 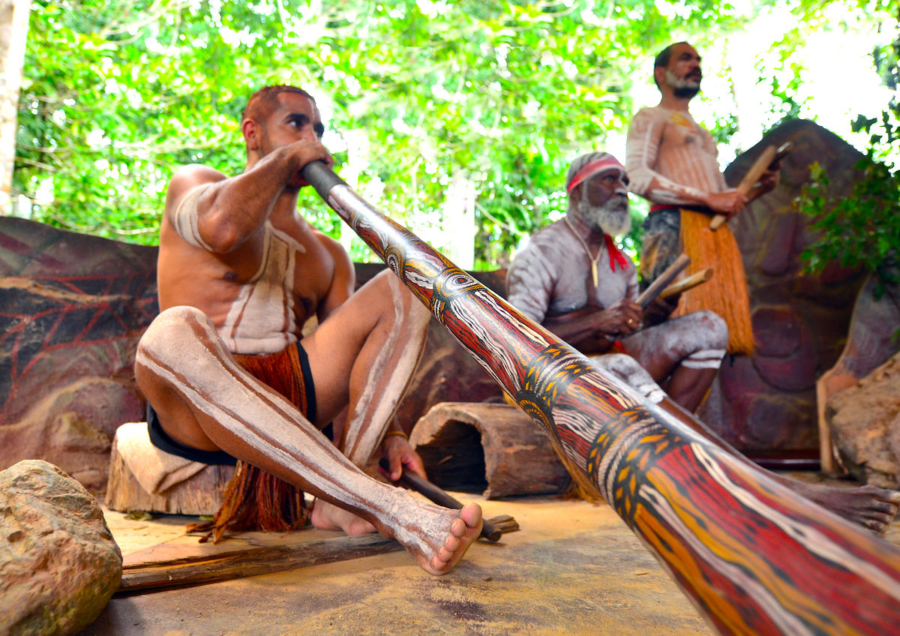 Now, you might think these brutal customs were on par for the time, and it is to be expected of colonizers in the 17th century to have held such regressive and racist views. This type of harmful opinions did not stop there, but they persisted into the 1960s. People of both Indigenous and white parentage were forced to assimilate into Australian culture, while “full-blooded” Aboriginal people were left to die out.

This horrendous project was devised to create a homogenous white Australian culture, with English as its primary language and European traditions as the norm. Indigenous Australians’ human rights and privileges were conditioned on them behaving and participating in society as white citizens.

The white European was seen as the ideal which needed to be achieved, and everything else in comparison was inferior. That included almost all parts of the Aboriginal identity, which was expected to be erased.

Before this meticulously planned “integration” of Indigenous people into Australian society, they were forced to live on the country’s outskirts, on close reserves and missions from which they were rarely allowed out. Even if they could leave them, they were faced with vitriol and hatred by the white Australians in the cities and often rejected services such as healthcare and recreation.

The enforcement of this integration into society was particularly ruthless. Because children were more prone to re-education and assimilation to the Western way of life, the authorities took to stealing children, particularly those of mixed race, from their families. This practice lasted for more than half a century, between 1910 and 1970, during which generations of children were taken from their parents and displaced, never to be reunited again.

This left a devastating effect on the island’s Indigenous population. Millions of people never found out their roots. They were left to live in ignorance of their identity due to the cruel and racist policies of the Australian government and the Commonwealth.

Although many people, some of them powerful, still try to claim that these claims are exaggerated or, in some cases, even fabricated, the Australian Human Rights Commission considers the displacement of Aboriginal children as attempted genocide. Nevertheless, the government has yet to acknowledge these atrocities as such.

A silver lining to this extremely sad story is the possibility of Indigenous Australians finding their relatives through genetic testing! Namely, with the advent of companies such as 23&Me and Ancestry, it has never been easier to find close and distant relatives to whom you might be genetically connected to. These tests could help Indigenous people reconnect and revive their culture and history.

Still, the incredible damage done upon them cannot be disputed or remedied. The years of history and the wealth of art and music can never be brought back. But, we can still make a future by remembering those that suffered and honor their memory for a better tomorrow.

What Kind of Vehicle Makes Sense for You?

Is Your Energy Level Lacking?