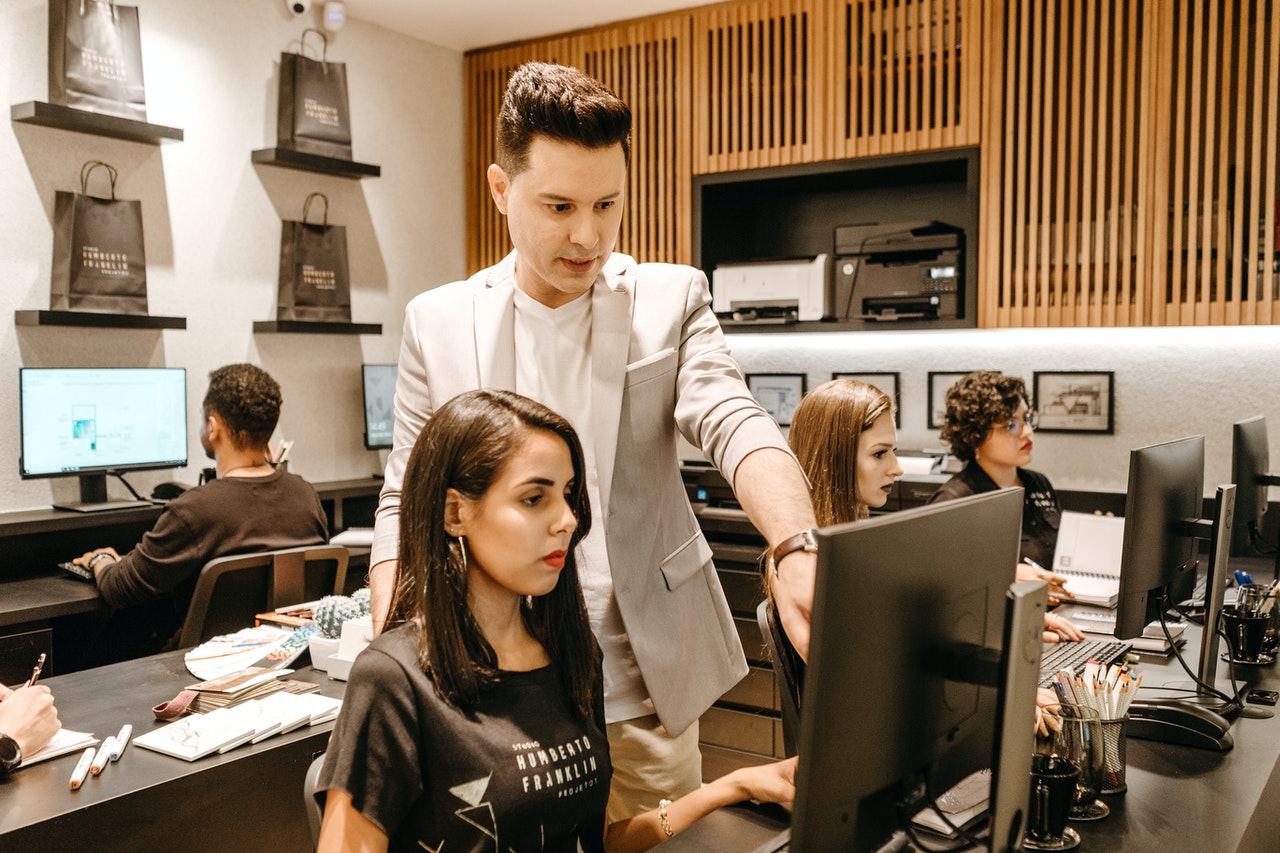 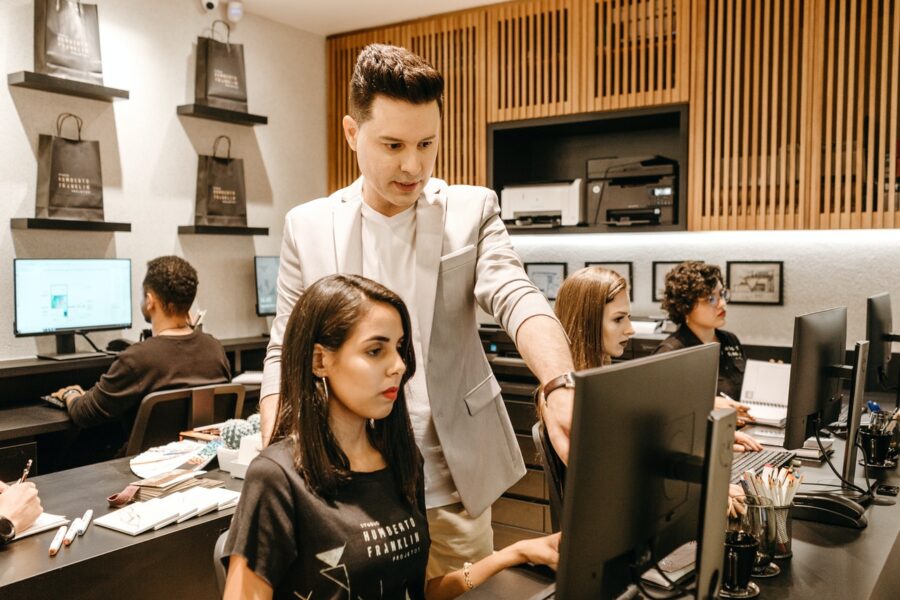 We’ve all worked under managers who we’d be happy to never see ever again. Some managers just seem to have what it takes when it comes to inspiring you to be your best and trusting you to get on with the work, while for others, it can often seem like the power has gone to their head. Managers who lack empathy, micromanage, struggle to listen, snap, refuse to take responsibility, and get annoyed when the ideas that they somehow forget to clearly communicate aren’t implemented can quickly make any workplace a living hell. These managers tend to remain in the office for most of the day, only coming out to give orders or tell somebody off, and if you run into any problems at work, you might spend hours or even days mustering up the courage to go and speak to them about it.

So, you want to move up into management from being an individual contributor, but the last thing that you want is to end up like one of those horrible bosses that you’ve had in the past. You know the impact of a bad, insecure manager on team morale and productivity and want to make sure that you’re the type of manager who can effectively lead your team by placing your trust in them and inspiring them to be their best at all times.

Whatever your industry, developing a specific set of people skills will help you become one of the best managers that your team has ever had. The difference between a bad, good, and a great manager is that great managers understand the importance of people and have a distinctly human touch when it comes to their management style. They have buckets of emotional intelligence, great communication skills, and never treat team members like they are beneath them. So, which skills are worth working on if you want to be hailed as a fantastic manager in the future?

Leading with emotional intelligence is a key trait for any good manager. Emotional intelligence allows you to build on all the other skills required to be a great leader and makes it possible to understand the members of your team on a more human level. Managers who are emotionally intelligent tend to have more empathy with their team, create better relationships with them in the workplace, are better communicators, command more respect, and can trust their team to get the job done. Emotionally intelligent managers understand the importance of offering trust and support to their team even in situations that may not be ideal and can provide constructive criticism while still being able to validate and empathize with the feelings of the team member.

Perhaps you have worked for a boss who appeared to be suffering from a distinct lack of empathy and understand just how awful this can get for team members. Sadly, narcissistic bosses are all too commonplace in many workplaces today and while they might be really good at what they do, they lack the ability to see the bigger picture when it comes to the humans that they are working with. A manager who leads with empathy can see the bigger picture when it comes to people, and they understand that people are not just cogs in a machine, but complex beings who often have a lot going on both inside and outside of the workplace. Empathy means that you can put yourself in your team’s shoes when they are under pressure and feeling the stress, making it easier for you to communicate effectively with them and ensure that they have the resources that they need in order to thrive.

Communication skills are absolutely key for managers, and a good leader understands not only the importance of being able to communicate information to their team effectively but also how to communicate information to stakeholders in a way that is easy to understand, how to pick up on and give both verbal and nonverbal cues, and how to listen actively in a way that ensures everybody feels heard and understood. Communication skills are one of the main things that students learn when taking an MBA program because being a strong communicator is absolutely essential for getting the results that you want as a manager. Click here to learn more about online MBA programs that could help you finetune and improve your communication efforts.

Have you ever been micromanaged by a boss who seemingly didn’t trust you to get things done, even though you’d never given them any reason to suspect that you would slack off if they weren’t breathing down your neck? Maybe they never even gave you a chance to and were constantly watching you and inserting themselves into your work from the get-go. Either way, it’s not nice to have a micromanaging boss and this can easily make team members start to feel unappreciated, demeaned, and invalidated. What’s the point of going to school to learn how to do all of this, you might think, if your boss is only going to provide you with explicit instructions every day for the rest of your career?

Micromanagement often has the complete opposite effect of what the micromanager is trying to achieve. Rather than fostering a culture of open and honest communication, trust, and productivity in a team, it leaves team members feeling drained and lacking autonomy in their career, which does not encourage any of the good stuff like loyalty and productivity. Micromanaged employees tend to be looking for their way out. In order to be a good manager, you need to develop the ability to trust your team to get stuff done – after all, if they didn’t have the ability, you wouldn’t have hired them.

Nobody likes a manager who is always lying through their teeth at every chance. From sales managers who seem to think that it’s good practice to fabricate grossly exaggerated numbers out of thin air to try and get potential clients to sign up, to managers who are always holding something back from their team, not being honest is never going to earn you the respect that you want to command as a manager. Of course, it might not always be appropriate to share everything with your team, but it’s always better to just come out and say that honestly rather than covering it up with an untruth.

Honesty is going to get you far as a manager and will encourage your team members to place their trust in you. This is especially important when you are giving feedback; you need to develop the ability to give honest feedback in a way that is constructive and provides the team with a clear direction for improvement.

A Sense of Responsibility

Have you ever worked for a manager who was unable to take responsibility for when things went wrong, even if it was ultimately down to them? Managers who pass the blame to their teams for everything, even if the team was following explicit instructions given to them by said manager, are simply never going to get the respect that they want. As an aspiring manager, it’s important to start developing good habits when it comes to taking personal responsibility. After all, even though you may ask your team to implement some ideas, this is ultimately your decision and if it all goes wrong, it’s important that you can hold your hands up and admit that you messed up – and figure out how to learn from it and go from here.

Teams know that their manager is human and will make mistakes from time to time; managers who struggle with admitting to their own mistakes tend to forget this. But ultimately, it’s how you deal with those mistakes that is going to lead to the amount of respect that you get from others. A manager who knows when he or she has made the wrong call and is able to openly admit to that and put together a plan of action for the future to ensure that the same mistakes aren’t made again is always going to get more respect than a manager who refuses to accept that they had anything to do with it and blames the team instead.

Some managers mistake kindness for letting their team walk all over them and as a result, they become very difficult to work for. As a manager, a little bit of kindness goes a long way when it comes to dealing with the people in your team. It’s important to understand that everybody is going to have good and bad days. Perhaps you’ve worked for a manager who took it personally when somebody took a sick day and was convinced that they were faking it; this can become really exhausting and stressful to work with. While it’s important to have clear boundaries around what you will and won’t let your team get away with, being kind in your dealings with people and employing your empathy skills to see things from their point of view will go a long way.

Do you have what it takes to be a manager that is respected and inspires others?

How These 4 Teachers of the Year Navigated Spring 2020

10 Easy Steps to Improve Your Career

Don’t you wish things were going just a little bit better for you? Even those of us who are...

A Guide to Financing a New Business in 2021

Starting a new business is never an easy task, and once you add into the equation all of the...