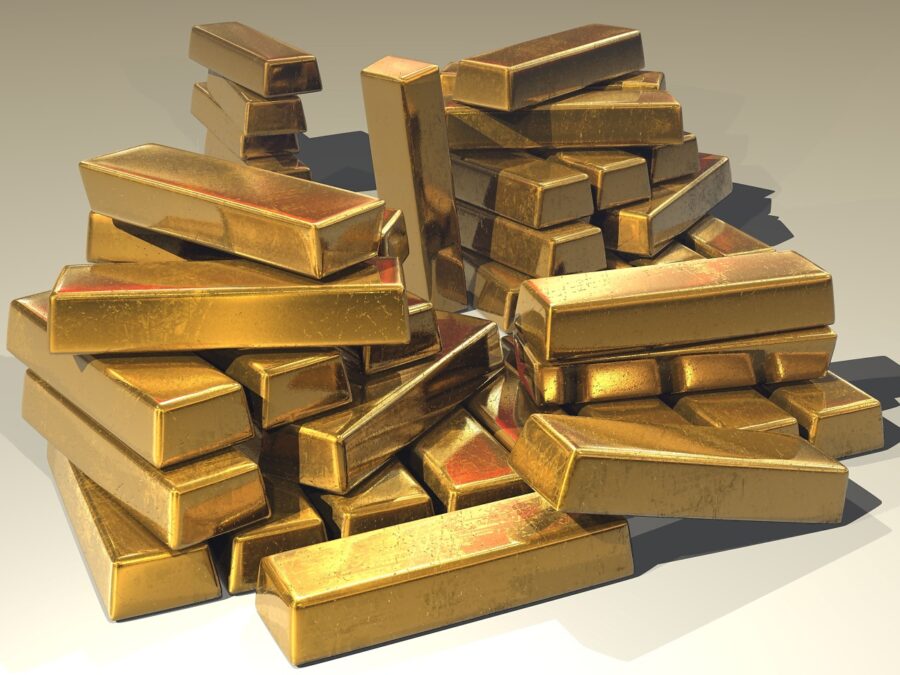 How do we understand what money means? While you might be able to exchange paper bills for goods and services, those bills are a strange symbolic system, not tied to specific existing assets. That wasn’t always the case, though. At one time, paper money was directly tied to the value of gold in an arrangement known as the gold standard. Since World War II, however, there’s been nothing even resembling the gold standard and most global currencies became linked more closely to the US dollar than to any other asset. It’s a messy system and one that, when the economy falters, can leave nervous investors pining for the return of gold standard.

Short of economic restructuring, though, these investors only have one option: invest in gold themselves – and it happens every time. Whenever a recession strikes and people start looking for ways to save money, there’s always a group that invests in gold. Is buying gold really a good idea, though? The answer depends on your goals, and on who you ask.

Despite what the idea of the gold standard suggests, gold itself doesn’t have an intrinsic value. In fact, gold is traded on commodity markets and its price fluctuates in the same way as the price of oil or potatoes. During this current recession, however, the prices of both gold and silver have reached all-time highs. For ordinary investors, that would make this a good time to cash out. For those who are more concerned with having the right resources on hand, though, it could mean that it’s time to buy more.

A Bulwark Against Collapse

Gold prices may have hit new highs during the recession, but it’s worth noting that a lot of other investments didn’t fare so well. While this was a somewhat unusual recession since it was caused by disease, rather than by underlying economic issues, as was the case in 2007, it is still true that gold prices increase when other investments decline. And while its price is set by traders engaged with complex international commodities markets, gold itself isn’t bought and sold in such settings, and that’s a big part of its appeal.

The types of people who are particularly interested in gold as a financial protection strategy are often those most concerned about a disaster scenario and who may not want their purchases traced. They may work with specialty gold coin buyers, pawn shops, or other discreet markets to build up their collections and consider it a necessary investment in case of sudden currency devaluation. Such devaluations have happened in some countries, but aren’t especially likely to occur in the United States.

If disaster preppers are enthusiastic about investing in physical gold, investment pros will tell you that in the short-term gold is actually quite volatile. That means, while it can be included in a balanced portfolio, it shouldn’t be more than about 10% of it. And at this juncture, investors worried about our centralized markets have other options, like cryptocurrency, which may be just as viable as protective investments go. Gold may have an advantage in terms of historical precedent, but that’s the most significant difference between the two.

Ultimately, gold tends to make people feel more protected against financial disasters than it actually serves to make them – and that’s important to acknowledge at times like that. In fact, right now might be the perfect time for those concerned about the collapse of markets to cash out their gold. Its value is up and currency devaluation is highly unlikely. You can collect on what you’ve stored away, or persist in trusting an investment that’s bound to decline from here.

Put More Energy into Your Life

Reasons Why There Are no International Gambling Laws

When it comes to online gambling and the laws which surround it, they are always dictated by the individual...

Earnity, a community-based platform to buy and sell crypto headquartered in San Mateo, California, led by fintech veterans and...