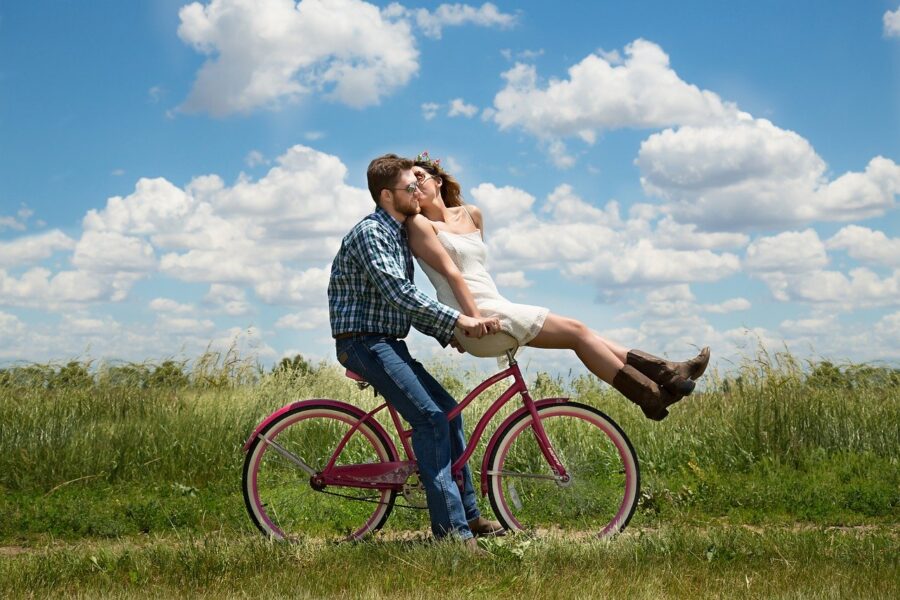 If you’re like many people, you have a list of “deal breakers” for dating partners. Perhaps you’ve taken the time to write them down, but they’re most likely floating around in your head.

Don’t wait until you’ve been with your partner for a long time to check this list. (If you know you’ll never enter into a lifelong relationship with someone who doesn’t want to have kids, there’s no sense in convincing yourself that your child-averse partner will have a sudden change of heart.)

Let’s not pretend that physical attractiveness, and sexual attraction in particular, isn’t an important element in this equation. While it might not be the definitive reasoning for pursuing or rejecting a relationship, it’s definitely something that matters.

Physical attraction is like the spark to a relationship. Most people will not enter into a relationship with someone if they aren’t somewhat sexually attracted to them. But this attractiveness isn’t enough to sustain a long-term relationship on its own. At some point, there has to be more.

Personality is a very subjective thing, but you’ll know when you’ve stumbled upon traits that are appealing to you. It’s all about finding someone who makes you feel understood.

Psychologist Randi Gunther believes in the power of “playing together” as partners. This means laughing together and experiencing genuine, spontaneous moments of mutual enjoyment.

“Playtime means that you are both doing something you mutually love to do at times when you both want to do it,” Gunther explains. “It also requires that you are not carrying past or future worries and that you set your burdensome responsibilities aside. When partners play well together, they feel more light-hearted and closer.”

If you’re going to “play” well together, you need a partner who has some shared interests or hobbies. This increases the likelihood that you’ll have fun in your relationship.

Did you know that astrology plays a role in evaluating an individual? Believe it or not, each astrology sign can be correlated with certain factors, personality traits, strengths, and weaknesses.

Let’s say, for example, that you’re dating a Taurus man. It would be helpful to know that Taurus men aren’t always going to make the first move, or that they have a hedonistic nature and love of smells. Little details like this can help you connect on a deeper level.

Work and money aren’t everything, but they do play a key role in any long-term relationship. Consider your partner’s career path, their potential, and how you feel about their line of work. (Are you comfortable with his role in sales, which requires him to travel dozens of times per year? Or would you rather a job where he works consistent hours and gets home at 6 p.m. every night?)

Once you truly get to know your partner, you can sit down and discuss life goals. This is an intimate list of things you want, need, or expect in the future. (To avoid overwhelming each other early on in a relationship, begin by focusing on the coming three, five, or 10-plus years.)

Have You Found Your Life Partner?

For most people, a thorough examination of these seven aspects of your partner will drive you to a clear conclusion. Either you’ll realize that you’re with the right person, or it’ll quickly become evident that your relationship is going nowhere fast.

The key to evaluating a partner is to give the relationship some time to breathe. In other words, don’t go through this list like a checklist on the first date. You probably shouldn’t even consider it for the first few weeks. (Doing so could compromise the relationship and lead you to inconsistent conclusions before you truly know the person you’re dating.) Instead, begin informally evaluating each item as the weeks turn to months. It’s at this point that you know enough about your partner to reach informed conclusions.

The Most Surprising Companies That Started in a Basement

How To Replace Your Dashboard Lights

Dog And Fireworks: Is CBD A Viable Intervention For Fireworks Anxiety?

Humans and animals are different in many ways. We, humans, are capable of rational thinking while animals mostly act...

Exciting Things To Know About CBD Oil for Dogs

You have probably heard a lot of things about CBD oil. Some of them are good, and some aren’t....